WordPress Powers a Quarter of the World’s Websites

The first full version of WordPress was released for use in January of 2004. In retrospect, I doubt many realized (perhaps not ever Matt Mullenweg or co-founder Mike Little) how quickly this platform was about to change the landscape of the internet. Over the past decade, WordPress has caught on like wildfire.

These numbers are astounding when you consider the rapidity in which online trends and preferences change. Not bad for a college students “side project”.

There are a number of reasons for the continued growth and success of WordPress. The following points quickly sum up some of them

WordPress was Created to Fill a Void in an Emerging Market

In 2002 college student, Matt Mullenweg was using b2 (or cafelog blogging system) for a personal website. Shortly after, the creator of the b2 software stopped updating the software. Instead of looking for another platform to host his site Matt decided he would make one. He began by taking the original b2 and forking it off to include his customizations. With the help of co-founder Mike Little WordPress Version 0.7 went into Beta Testing on May 27th, 2003. Matt & Mike had successfully created a platform that was truly a blogging platform just before online blogging became incredibly popular. Kinsta’s History of WordPress also mentions that, Movable Type, a rival blogging software changed their pricing structure after WordPress was released. This caused quite a few unhappy customers to migrate over to the free or more affordable WordPress.

It Takes a Village…

There is an old African saying that states it takes a village to raise a child. Honestly, WordPress was no different. There is a very dedicated, helpful, and welcoming community supporting the platform. WordPress is open source software licensed under GPLv2, meaning it is free to use, customize, and modify. New versions are regularly released, meaning it will not share the fate of the b2 software.

It Puts You in the Driver’s Seat

WordPress put the site owner or webmaster in control. Customization and basic site building was fairly simple and eliminated the need for sophisticated HTML design software like Frontpage or Dreamweaver. The interface is easy to use, user-friendly, makes most simple customizations painless and is supported by a huge ever growing community.

WordPress has quickly grown from blogging software to a powerful Content Management System. It is ideal for those that wish to constantly publish new content and house it all one location.

Every new WordPress version includes exciting and useful features, and include innovations that make the platform more and more user-friendly and powerful. The community constantly provides an effort to continue to push the boundaries of what is possible for the platform. Companies are even contributing from this effort. In a 2014 post, Matt suggested that companies interested in helping could participate in an initiative he calls Five For the Future where 5% of their workforce’s time is devoted to “helping move the WordPress mission forward.”

Article from Business2Community by Kevin Eberle 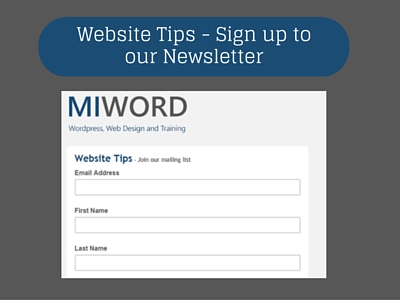